If the thought of a juicy hamburger makes your mouth water, you’re not alone. Statistics show that Americans eat more than 50 million burgers each year. More than 70 percent of all the beef served in the United States is shaped into patties for hamburgers or cheeseburgers.

Some of the tastiest choices can be found  at  The Country View Restaurant, located on Route 33 in Greenland near the seacoast and Portsmouth, NH.  They proudly serve the New Hampshire Seacoast’s best burgers every day and their customers agree having voted them “Best of The Seacoast” First Place winner in the burger category. 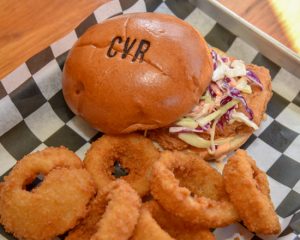 The popular restaurant offers hand-formed, half-pound beef patties made of a blend of twice-ground sirloin, flap, and brisket.  One Yelp user gave the restaurant a five-star review that praised this custom grind. “They were the most flavorful and juicy burgers we had ever had. There was no hiding the beef behind seasonings and condiments,” wrote Greg H. of Dover, N.H. “Their burgers are my new benchmark, and they set a high bar.”

What makes the restaurant’s burgers so revered by its customers starts and ends with the CVR branded brioche rolls.  Burgers are paired with your choice of house-made chips or French fries or you can upgrade to spicy fries, sweet potato fries or onion rings. Customers can substitute the beef patty for either bison or turkey or veggie for an additional fee.

With more than a dozen burger options on the menu, the choice may seem daunting. 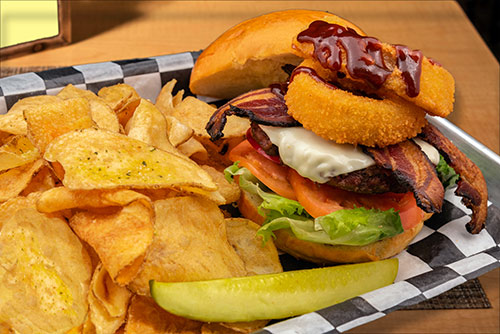 The most popular burger on the menu dresses up its beef patty with cheddar cheese, bacon, onion rings, an apple slice, barbecue sauce, lettuce, and tomato.

The Piggy Back Burger 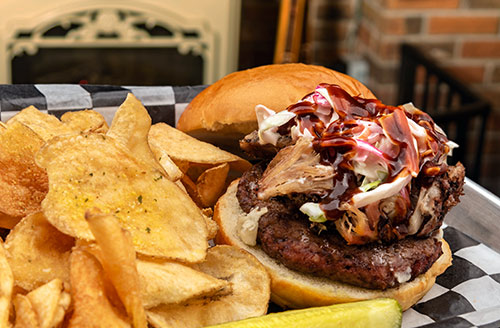 Can’t decide whether you want a hamburger or barbecued pork? Have both. The chef tops the burger with a savory blend of pulled pork, barbecue sauce and coleslaw. 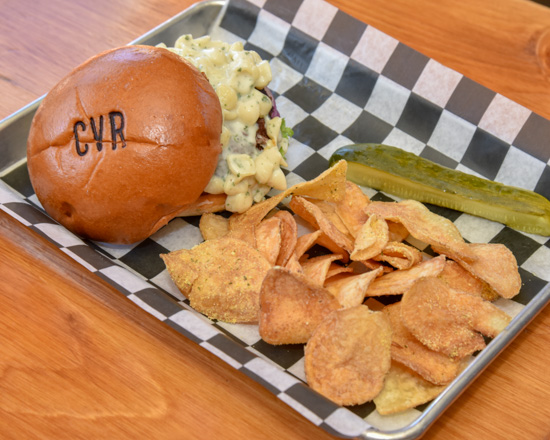 Another two-in-one combo, the chef tops this burger with the restaurant’s house-made macaroni and cheese, plus lettuce, tomato and red onion. 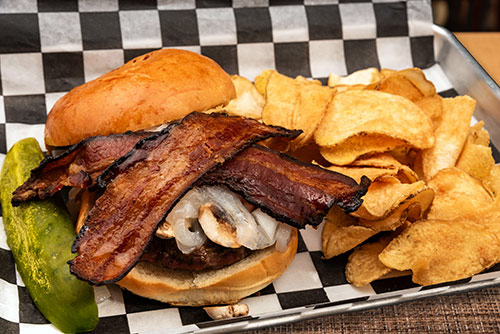 Want to try a burger that packs a little extra kick? The Chili Jack Burger features a hamburger smothered with a spicy blend of the restaurant’s house-made chili and pepper jack cheese. 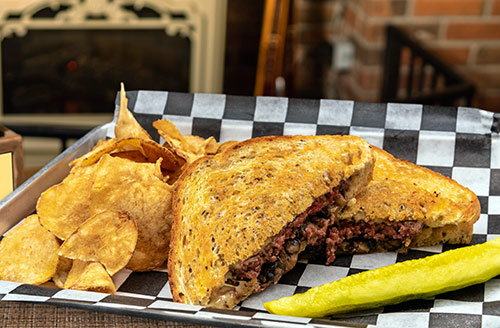 This burger option swaps the bun for rye bread and smothers the patty with Swiss cheese, sautéed mushrooms and sautéed onions. 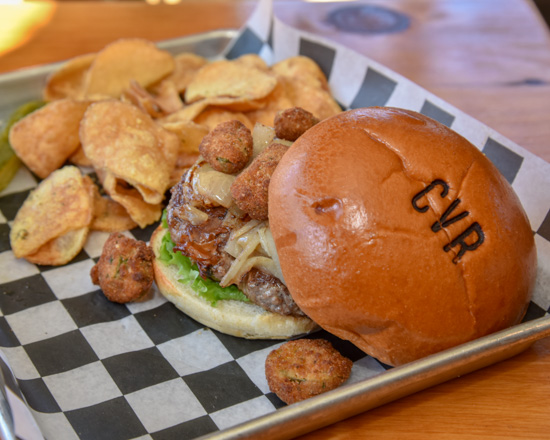 Get the Real Deal

Americans love burgers for a good reason. They’re tasty and satisfying. But if you’re going to indulge, skip the fast-food combo meal and instead, opt for a genuine palate-pleaser like one of the top-shelf burgers on the Country View menu. 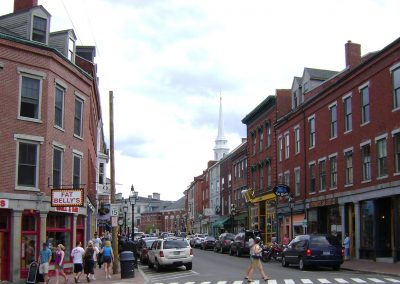 The Country View, one of the best American restaurants near Portsmouth, offers many tasty menu choices, you'll have to plan
END_OF_DOCUMENT_TOKEN_TO_BE_REPLACED

Celebrate The Sights, Sounds And Tastes of a Vintage Christmas in Portsmouth

Celebrate the season by combining a meal at The Country View Restaurant with Portsmouth Vintage Christmas activities and performances.
END_OF_DOCUMENT_TOKEN_TO_BE_REPLACED 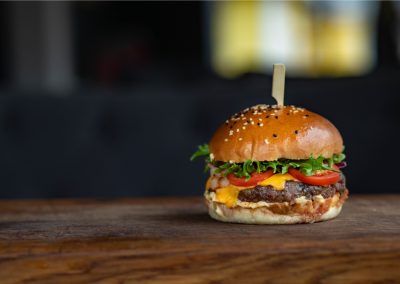 Looking for an Excellent Breakfast in the Portsmouth Area?